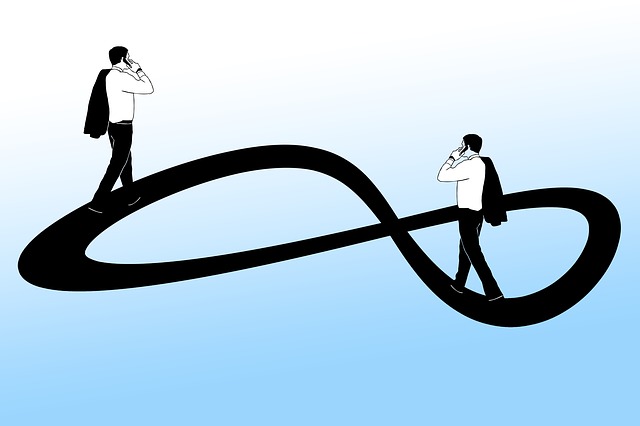 When you are using an IOC container to manage dependency injection of service classes, it becomes very easy to have a lot of dependencies for any given class. While this is a good indicator that the class is not observing the Single Responsibility Principle, I'm going to focus this post on one of the more concrete problems that can arise in this situation: circular dependencies. That is, class A needs to be given an instance of class B when it's created, but class B needs an instance of class A for it to be created. It's the classic chicken and egg problem - you can't create one without the other!

I'll walk through a simple example of how a circular dependency is created, and then how you can resolve it. My example is very contrived, because when you have simple small classes, it's really easy to do the right thing and not tangle up your method calls. In reality, I've only experienced the accidental introduction of a circular dependency in much more complicated scenarios, where classes may have 5 to 10 dependencies each and those dependencies work through many layers. So, class A depends on class B, which depends on class C, which depends on class D, in which a developer decides they need to use a method in class A. Thus, you have your circle: A-B-C-D-A.

That said, I'll work through the simple, contrived example, because the same basic principles are at play - they're just much more obvious to see.

Imagine an ASP.NET Core Web API that returns a list of foods in a meal, plus the total calorific value. So GET api/meal returns {"foods":["Hot Chips","Battered Flake","Peas"],"calories":783}

We put our code to build this data object into a service class, MealMaker:

MealMaker has to be registerd in Startup.cs:

It can then be used in an API controller:

All well and good up to this point. Later on, we need to extend the food data returned to include a dessert in addition to the fish and chips main course. It seems like a good idea to put the code for building the dessert data into its own class, like so:

Now we need our meal, including dessert, to be returned to the API, so we update MealMaker to depend on IDessertMaker and combine the data:

Of course, the ASP.NET IOC container needs to know about our new service class, so we add this line to Startup.ConfigureServices():

Next, someone points out that our dessert calories is an estimate, and it ought to be calculated properly from the nutritional content. We remember that there's a handy method in MealMaker that already does this! So we take a dependency on that class, and DessertMaker becomes:

But when we run the code now we get a run-time exception: System.AggregateException: 'Some services are not able to be constructed' and A circular dependency was detected.

With this trivial example, it's fairly easy to see where we went wrong: MealMaker depends on DessertMaker but DessertMaker also depends on MealMaker. The smallest possible circle of dependency!

At each step there were other decisions we could have made that would have avoided the circular dependency. We could have:

However, both of those decisions would have made existing classes bigger and more complex.

The best way out of this is not to combine classes, but to break things down even further. Move the calorie calculating method GetCalories() into its own class:

Here's how this looks in DessertMaker. The IMealMaker dependency is gone and replaced by a simpler ICalorieCounter dependency:

MealMaker itself now has two dependencies, but the logic code to build the meal is still simple:

Even in real life situations, where there are many more dependencies and layers of method calls involved, circular dependencies can always be resolved this way:

With smaller classes, this technique will therefore always move you towards more adherence to the Single Responsibility Principle (SRP). Conversely if you can keep SRP front of mind when you are writing code in the first place, you are much less likely to run into problems like circular dependencies at all!