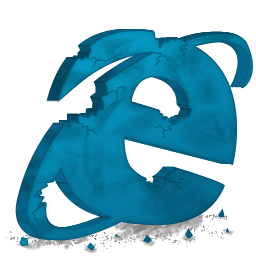 In the temporary absence of our resident HTML expert, today I took upon myself the often thankless task of trying to fix a number of web page layout issues where only IE6 is affected. Our product, the Global Corporate Challenge, appeals to medium and large corporate customers, who for one reason or another have been unable to update their employees' PCs. This means that we have a significant number of users who are still using Windows XP with IE6.

(Thanks to SoftIcons for the image.)

Here's a list of the techniques I used to tackle this challenge:

So satisyingly most of the issues were fixed. Still, I continue to long for the day when we no longer need to support this 12-year-old browser!